The Founding Father without a father is the father of America’s manufacturing policy.

Alexander Hamilton is having a moment. 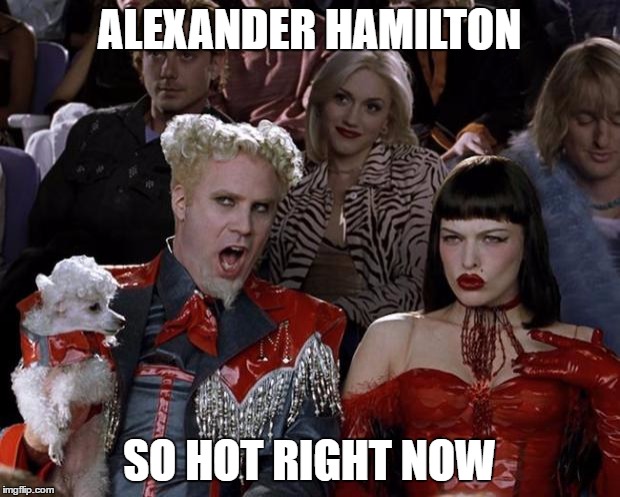 For one, there’s that big Broadway musical that won pretty much all the Tony Awards. Then there was a whole debate over whether he would get to keep his place on the $10 bill (he did).

But here at the Alliance for American Manufacturing, we get most excited about the landmark document that laid out Hamilton’s plan for a robust manufacturing base.

And today is our Super Bowl.

On Dec. 5, 1791 — exactly 225 years ago — Hamilton presented his Report on the Subject of Manufactures to Congress. Although it’s less known than some of his other works, the report included many ideas for manufacturing policy that are still relevant today, including the importance of infrastructure investment, a defense industrial base, patents and innovation, and the role of tariffs.

If you are interested in the history and legacy of the Report on Manufactures, we highly recommend that you check out this essay by AAM President Scott Paul. It’s part of our ongoing Hard-Hat Hamilton project, which includes the podcast of the same name.

But Scott Paul isn’t the only one celebrating Hamilton’s legacy today. Sens. Chris Coons (D-Del.) and Lindsey Graham (R-S.C.) teamed up to introduce a congressional resolution that marks the anniversary of the report and highlights the importance of manufacturing. Coons also shared his thoughts on the legacy of the report — and the policy work that continues to come from it — in an op-ed published over the weekend.That’s not all, either. Coons’ office worked with the National Archives to put the Report on Manufactures on public display:

From now until end of Jan you can see original text from Hamilton's report on manufacturing at @USNatArchives! I encourage everyone to visit pic.twitter.com/bUpkSLbQ7H

The Report on the Subject of Manufactures will be on display at the National Archives through the end of January. Be sure to check out the latest Hard-Hat Hamilton podcast below.