The online retail giant has been accused of sourcing from companies in China linked to forced labor, along with exploiting a little known rule to avoid trade enforcement.

Amazon held its annual “Prime Day” sale earlier this week, offering discounts on a whole lot of products — the company estimates it sold around 300 million items during the event.

But on Friday, the Wall Street Journal reported that the online retailer is “drastically reducing the number of items it sells under its own brands, and the company has discussed the possibility of exiting the private-label business entirely.”

Amazon points to weak sales for the decision, the Journal reported, but the company also has been under growing pressure from lawmakers and agencies like the Federal Trade Commission (FTC) over accusations that “it sometimes gives advantages to its own brands at the expense of products sold by other vendors on its site.”

Now, we don’t spend much time here at the Alliance for American Manufacturing (AAM) thinking about anti-trust efforts like this. But today’s news caught our eye because we have been following the future of Amazon’s private label, as the company stands accused of partnering with suppliers in China that use forced labor to make those products.

The Tech Transparency Project (TTP) issued a report in March 2022 that found “Amazon’s public list of suppliers, which produce Amazon devices and goods for Amazon’s private brands, includes five companies that have been linked directly or indirectly to forced labor of ethnic minorities from China’s Xinjiang region.”

Three Amazon suppliers are reported to have used forced labor directly: Luxshare Precision Industry, AcBel Polytech, and Lens Technology. Another two, GoerTek and Hefei BOE Optoelectronics, are themselves supplied by factories that have been implicated in forced labor.

An additional noteworthy finding: Amazon continued to include one company—Esquel Group—on its supplier list for more than a year after the U.S. government imposed sanctions on an Esquel subsidiary for involvement in forced labor in China.

TTP isn’t the only organization that have found links between Amazon and suppliers tied to forced labor, by the way. Amazon also was named among the companies tied to forced Uyghur labor in the groundbreaking 2020 report, “Uyhgurs for Sale,” which was issued by the Australian Strategic Policy Institute.

It gets worse. Amazon doesn’t just utilize forced labor for its own products; it also hosts third-party sellers on its site that stand accused of making their products with forced labor in China’s Xinjiang region, the site of a genocide. TTP reported:

In addition to using suppliers tainted by forced labor, Amazon continues to sell third-party products despite a U.S. ban on products made from Xinjiang cotton. One product page advertises a set of towels as “100% China Xinjiang long-staple cotton.” Another company with an Amazon store advertises on its website the use of Xinjiang cotton.

TTP also found an example of a Chinese seller on Amazon simply deleting references to “Xinjiang” from its description of bedding, with no discernible change to the underlying goods—raising questions about Amazon’s monitoring of such sellers. (See a March 2021 archive of the page versus a January 2022 version.)

Amazon’s continued use of companies with well-documented ties to forced labor in Xinjiang cast doubt on the tech giant’s stated intolerance of human rights abuses in its supply chain. In light of the Uyghur Forced Labor Prevention Act, the issue is set to become even more urgent for the company.

This is probably a good time to bring up one of Amazon’s other bad practices — its exploitation of the “de minimis” rule on imports — because it ties into its relationship with these bad actors.

Like GenZ favorite Shein (which I wrote about in June) Amazon uses a direct-to-consumer model to get many of the products it sells from manufacturers to customers. The “de minimis” rule states that imports valued under $800 can come into the United States without paying a tariff.

But retailers like Amazon and Shein have exploited the de minimis rule in recent years to avoid tariffs; the Wall Street Journal reported that the “known value of de minimis imports soared to over $67 billion in 2020 from an estimated $40 million in 2012.”

This means that these big companies — Amazon is now the world’s largest retailer and sixth biggest company on the planet — have been able to dodge U.S. trade enforcement efforts, including tariffs placed on Chinese imports.

And this is especially concerning given the recent enactment of the Uyghur Forced Labor Prevention Act, which bans any products made in Xinjiang unless importers can prove those products were not made with forced labor. Given the breadth of forced labor in Xinjiang — particularly when it comes to apparel manufacturing — it’s a difficult thing to prove, which is one of the reasons why Congress nearly unanimously voted to issue such a broad ban.

Because of de minimis, some believe that Amazon and others may be able to avoid enforcement of the Uyghur Forced Labor Prevention Act. This is one reason why de minimis reform is so needed.

But in the meantime, U.S. officials should do all they can to enforce the Uyghur Forced Labor Prevention Act, because Friday’s news shows that Amazon will respond to government action. This time around, change is likely happening because of pressure from FTC and similar efforts in Europe; it doesn’t seem out of the question that if U.S. properly enforces the Uyghur Forced Labor Prevention Act retailers like Amazon and Shein will be forced to make changes.

Amazon’s list of accused bad practices is long, from its mistreatment of workers and union-busting tactics to its sale of counterfeit goods to even founder Jeff Bezos’s trip into “space” back in 2021. But it’s also built a model that is extremely appealing to consumers, especially with the rise in online retail during the COVID-19 pandemic.

But Amazon doesn’t make the law; the company needs to be held to account when it breaks it. And if it is selling products made with forced labor, it should face consequences.

Frankly, not-selling-things-made-with-forced-labor is the bare minimum that Amazon should be doing to improve its bad practices.

But I digress. Amazon’s decision to reduce or even eliminate its private label offerings may have come because of anti-trust pressure, but it’s worth noting for those of us who care about how things are made. After all, the biggest retailer on the planet is no longer selling a bunch of stuff under its own name that was probably made using forced labor.

The next step: Amazon must act to remove all of those third-party retailers on the site who make their products with forced labor. 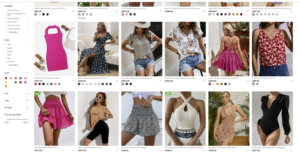 America’s Solar Future Must Be Made in America: AAM Statement