In French, Jolie means “pretty” and Elizabeth translates to “promise.” In 2010, when Jodie Bensen and Sarah Elizabeth Dewey established their women’s fashion company, Jolie & Elizabeth, in New Orleans, they used their own names as inspiration.

Their “pretty promise?” was to manufacture a fashion line in New Orleans, ensuring that all their clothing would be American-made. The company states on its website:

“Jolie & Elizabeth prides itself in contributing to the rebuilding, revitalizing and redevelopment of the city of New Orleans, our great country and it delicate yet determined economy.  From our country's recession, two young business owners emerged. These two twenty somethings dedicated their efforts to creating a vertical company that proudly exercises the privilege of designing, manufacturing, selling, and shipping American made fashion.”

From party dresses to formal wear, Jolie & Elizabeth features two tags on every article of clothing: a “Made in Louisiana” tag and a “Made in America” tag. Jolie & Elizabeth prides itself on “exercising the privilege of designing, manufacturing, selling, and shipping American made fashion":

“Unlike purchasing a product that was manufactured overseas, 100% of a JE purchase stays in America, stays at home – a country we’re proud to call home.  We challenge consumers to educate themselves on thoughtful purchases and begin to demand locally produced material, which redirects the profit back to the United States and will in turn assist the United States’ quest for economic sustainability.”

Since the company launched four years ago, it has been frequently featured in media and pop culture.  Five months following after their initial launch, the designers were named among the “Top 30 People to Watch 2010” by New Orleans Magazine. They have also been featured in the Top 100 Entrepreneurs List by the White House, the prestigious Empact 100 List, Southern Living Magazine and Forbes.

Jolie & Elizabeth aims to maintain quality and timelessness in its American-made apparel.

“Trends come and go, but a true Southern girl knows good style and good attitude go hand in hand,” the company explains on its website. “And there’s nothing more charmingly irresistible than that.” 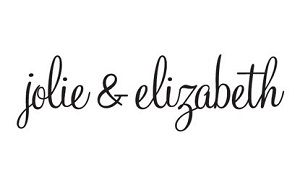