China is using COVID-19 to go on the offensive, new research finds.

The United States is currently facing an unprecedented crisis as it attempts to dodge the worst possible outcomes of the Coronavirus pandemic.

It’s a bit surreal, to say it mildly. Schools are likely to stay closed until the end of the school year. Sports leagues are probably done for the season. Bars and nightclubs are shuttered; restaurants are closed or shifting to take-out only.

Meanwhile, hospitals around the country are doing their best to prepare for the worst. Public health experts are warning that unless the country shuts almost everything down for at least two months to “flatten the curve,” hospitals will be overwhelmed by gravely ill patients, many of whom will die.

It’s overwhelming. Nobody knows how it is all going to end.

But in China – where the pandemic originated at the end of last year – things are starting to get back to normal. Shuttered factories are coming back online, kids are heading back to their classrooms, and people are starting to resume their lives.

And government officials see an opportunity.

With the United States and Europe completely consumed with COVID-19, China is charging ahead with its ambitions to dominate global markets and supply chains, from traditional industrial sectors to the technologies of the future. Chinese officials also are aiming to use the crisis to weaken recent U.S. attempts to combat China’s economic aggression and litany of unfair trade practices.

This isn’t some vast conspiracy theory, by the way. We know this because Chinese officials are being upfront about these plans.

Researchers at Horizon Advisory looked at recent discourse of government and official media sources in China to determine what leaders there are mapping out post-Coronavirus. Here’s what they found:

“Beijing intends to use the global dislocation and downturn to attract foreign investment, to seize strategic market share and resources – especially those that force dependence, and to proliferate global information systems; to as Chinese sources put it, ‘leap-frog’ industrially, ‘overtake around the corner’ strategically, capture the ‘commanding heights’ globally.”

The report notes that China’s plans are similar to what happened after the 2008 economic crisis. Twelve years ago, Beijing seized the opportunity to use the downturn to become a global leader. But now China is already a global power and it has additional leverage, as the country is heading back to work at the same time much of the rest of the world is shutting down.

How the United States responds will determine whether Beijing succeeds – which is a tall order, given that U.S. officials are still desperately trying to get coronavirus under control.

Unfortunately, some in Washington seem to want to make things even easier for China by calling for the removal of key tariffs put in place to combat China’s trade cheating and economic aggression.

It might be necessary during this crisis to remove tariffs on specific medical items, as the U.S. remains almost entirely dependent on China for its medicine and medical supplies (which is a whole other story, by the way).

But calls to remove the bulk of the tariffs are coming from those seeking to capitalize on a public health crisis to benefit their bottom line. Removing the tariffs right now would be a major long-term strategic blunder, and one that isn’t even likely to lead to many short-term benefits.

The tariffs continue to provide the United States with leverage over China, even during this unprecedented crisis. Getting rid of them would hand China a huge win, and the U.S. would get nearly nothing in return.

But there would likely be immediate consequences, especially in the industries most effected by China’s continued trade cheating.

United Steelworkers International President Tom Conway recently wrote to Congress to warn Members that U.S. workers and manufacturers already are facing huge challenges, adding that now “is not the time to bring about more closures and curtailments in our basic industry and allow a flood of imports to crush the domestic industry and its workers.”

Michael Wessel, who serves on the U.S.-China Economic and Security Review Commission, put it this way to the Washington Post: “As our steel and other manufacturers suffer, when the bottom hits, China is poised to come back in… China is now looking at ways of taking advantage of everyone’s suffering.”

Right now, it’s hard for many Americans to imagine an end to the current pandemic (myself included – we are living through very scary times). And right now, public health must be the top priority, full stop.

But eventually, the United States will emerge from the Coronavirus crisis. When it does, the Chinese government's policies will likely still be in place. It’s vital that we not hand China an easy win in the interim. What Could the Coronavirus Mean for Manufacturing? 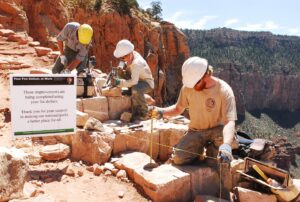