But will its workforce issues keep up?

America’s aviation industry has had some recent hiccups. Still, it’s an enormous part of the U.S. economy; it accounts for more than 5% of Gross Domestic Product and contributes $1.6 trillion in total economic activity, according to a 2016 FAA report. Yet the industry has a crisis looming: Industry forecasts show that we will shortly need over 200,000 new pilots and 200,000 new maintenance technicians.

During the next two decades, simple population growth will lead to a larger number of people traveling. Consequently, many new planes will need to be engineered, manufactured, and piloted. And during this time, we will also see a significant increase in retired Americans, as the Baby Boomer generation gets older.

At the moment, the United States is not capable of recruiting and retaining enough skilled workers for this surge in aviation jobs.

Congress has noticed. A hearing of the House Committee on Transportation and Infrastructure called upon witnesses from various backgrounds in aviation to testify and help explain how this issue can be resolved. Both House representatives and aviation experts acknowledged the growing workforce problem, and offered different solutions to resolving it.

Some issues, like making sure this workforce is demographically inclusive, were raised by both witnesses and members of Congress. Vaughn College President Sharon DeVivo, for example, testified that “we must expand the existing pipeline to include opportunities for underserved populations especially minorities and women who have not been exposed to these fields”. Similarly, Rep. Garret Graves (R-LA) said “in terms of diversity – with African Americans, with women, with Hispanics – other populations are clearly underrepresented in the repair fields as in the mechanic fields.”

That’s notable because if this trend of underrepresentation continues and we were to lose this industry and these jobs in the next 20 years to overseas competitors, it would be a major loss of economic growth and opportunity. “Aerospace careers including piloting, maintenance, manufacturing, and engineering offer pathways to well-paid careers in demand”  said Rep. Sam Graves (R-MO). But “the pipeline of people seeking careers in aerospace has been running low for years.”

So how do we fix this problem?

Witnesses like Sharon DeVivo suggested easing the debt burden for potential students at the outset. “By lowering the overall debt load for the neediest students, you provide a lifetime career path with incredible opportunities,” she said. Dana Donati, general manager and director of academic programs at Lift Academy, a pilot training school operated by Republic Airways, agreed that there are financial barriers in place that discourage the less fortunate from pursuing a career in aviation. “Students do not have equal access to pilot training,” she said. “Those without wealth or access to capital are often barred from the career path because they cannot raise or borrow the funds needed for training.” A pilot education and training program can cost or exceed $200,000.

Those without wealth or access to capital are often barred from the career path because they cannot raise or borrow the funds needed for training. Dana Donati, Lift Academy

Another educator, Steven Jackson, principal of Aviation High School in New York, testified that new outdated curriculum was a problem, and updates would improve training programs at schools like his. If Congress was to support the Promoting Aviation Regulations for Technical Training 147 Act (H.R.5427), Jackson argued, it would give aviation schools much more flexibility to better educate and prepare their students for modern, high-tech careers.

A common theme seen among educators and aviation experts was a call for more recruitment that starts even earlier than high school. Kate Lang, with the Federal Aviation Administration, has designated two advisory groups: one to recruit women and girls to join the aviation workforce, and the other to encourage high school students to do the same. The opportunities for recruitment growth are widespread, she said, and include pathways such as apprenticeships and workforce development programs.

Stark differences can be noted from the witnesses and the representatives. Whereas the former encouraged investment in early adolescent education and recruitment, the latter supports the funding of bills to develop programs that promote careers in aviation and mechanics for older workers. For example, Rep. Graves – the one from Missouri – has pushed a bill that would put $5 million into an aviation workforce development program (H.R. 5701).

Nevertheless, everyone appears to understand that this issue falls onto each level of the government and education sector – whether it’s federal- or state-level, or high school or a credential achieved after graduation. Fixing this will take cooperation, involvement, and investment from many parties. We can’t afford to lose these lucrative jobs in the future; so it’s a good thing we’re talking about how to save them now. 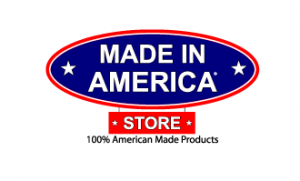 Made in America Store