The setting makes “Barbarian,” a movie about the worst Airbnb stay in the history of man.

I hit a drug store this morning to get a few things I missed last weekend on my shopping list. The clerks were already shoveling out the unsold Halloween candy and moving in the Christmas junk. The holiday season is getting earlier and wider. It can’t be stopped, just like the Mariah Carey song you will inevitably hear a million times between now and January 2. You know what I’m talking about. Mariah can’t wait to get it started.

But I’m not ready. Halloween was just last night! And so, after the trick-or-treaters subsided, I watched a scary movie. I’m only good for one of these like once a year. And, man, did I pick a scary one:

This movie is called “Barbarian,” which is an apt name because it’s pretty savage at times. Barbaric, even! And it hits the hardest if you go into it knowing as little as possible about it story. With that in mind I won’t spoil it, nor will the above clip, beyond saying the movie begins with a woman having some trouble while checking into an Airbnb rental in a forlorn section of Detroit. And that’s important, because there are parts of that city that work very well as the backdrop to an unhinged horror flick.

I say this is a credit to Detroit. It has a distinct look to it that can lend itself to all kinds of genres, as evidenced by movies like “Gran Torino” or the more recent period crime film “No Sudden Move” – which is great, by the way, definitely check that one out.

But some really good horror movies have taken advantage of Detroit’s environs too. “It Follows,” which is both a cursed ghost story and a rumination on sex and mortality, takes place in and around the city. “Only Lovers Left Alive,” the 2013 vampire romance directed by the great Jim Jarmusch, is set there as well. And so is “Barbarian,” which simply wouldn’t be as effective as it is if it were set in a location less desolate than the depopulated neighborhood of Brightmoor. While most of the movie takes place indoors and was filmed on sets in Bulgaria, the filmmakers took pain to root their story in this corner of the Motor City. Many of its exterior shots are of the actual neighborhood.

That said: It’s a real place and a home to real people who are working very hard to revive it. Brightmoor isn’t as apocalyptic as this flick would have you believe – this is only a movie, of course – but it can reasonably pass as apocalyptic because it’s beset by blight, which is the result of deindustrialization decades ago. Brightmoor itself was developed in the 1920s to house immigrants and new arrivals from the Great Migration who moved there to find work in the auto factories. The Detroit of 1950s, as seen in “No Sudden Move,” is flush with those factories and jobs. In the decades that followed, the factories left the city and so did the white population that had the means to do so. And the residents left behind, typically African American, were left to contend with little opportunities for work, deteriorating city services and a corresponding rise in crime.

Here’s how it was put in a 2016 report released by the Alliance for American Manufacturing on this very topic:

The loss of personal wealth, the population loss and segregation caused by ‘white flight’, and the decline in municipal financial resources combined in deindustrialized communities to produce living conditions the likes of which had not been seen since the Great Depression. The human costs of living in such an environment are difficult to overstate. Indeed, for those unlucky enough to live in heavily deindustrialized areas, life came to resemble a perpetual state of emergency, lacking any sense of security or coherence.

And “Barbarian” works, I declare, because of this setting. The desolation and emptiness add to the dread you feel as the movie’s protagonist suffers through what has got to be the worst experience with an Airbnb of all time. And while not all of Detroit can pass as this bombed out, this setting can be found there because of the deindustrialization the city and its residents have suffered.

So I guess, uh, we got a few good movies out of that national experience?

“Barbarian” is in theaters right now and can also be streamed on HBO Max, bought on Amazon Prime or rented on Apple TV. You should watch it! And while you’re peeking at it through your fingers, consider the location the filmmakers set this story in. There’s a whole economic history that helped create it. 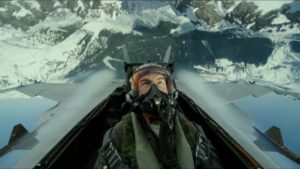 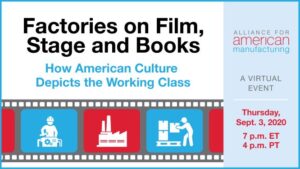 THURSDAY: Join Us for “Factories on Film, Stage and Books” Digital Event