Made in America plush toy is a therapy dog for kids in crisis — or who just need a little love.

That’s the motto of Trouble the Dog, a remarkably cute Made in America plush toy whose mission is to comfort children going through hard times.

Trouble brought hope to children impacted by the Boston Marathon bombing, Sandy Hook Elementary School shooting and 2010 Haiti earthquake. The sweet pup also regularly comforts young people undergoing chemotherapy and other medical treatment, along with kids with autism and others who have trouble expressing their emotions.

“I believe what the children tell me —they say Trouble has an energy they can feel,” said Sheila Duncan, who created the character alongside her niece, Kendra. “Kids are drawn to Trouble like a magnet and whisper all their concerns into his ear. It’s amazing even to me how he comforts them.”

Trouble’s story began when Kendra was watching a telethon to benefit children with cancer. She had lost members of her own family to cancer, and wanted to find a way to comfort the kids fighting the disease.

So she drew Trouble the Dog. “It was a divinely inspired moment,” Duncan recalled.

Duncan helped develop the character, including by authoring two books starring Trouble. She also led the effort to manufacture Trouble.

Trouble initially was made overseas, Duncan said. At first, everything was going O.K., until the manufacturer’s representative left the position and the process became difficult.

That’s when Duncan decided to look at the feasibility of making Trouble in the United States. It wasn’t easy at first, Duncan admitted — it was tough to locate a manufacturer willing to do the job.

It costs about 2-and-a-half times as much to make Trouble in the United States compared to overseas, Duncan said. But the quality makes it worth it; Duncan describes Trouble, who retails for $39.95, as a “keepsake quality plush pup.”

He also is “one of the very rare plush toys made right here in America,” Duncan noted.

“We find that people today are happy to pay more for a product that is of superb quality, helps children and also supports U.S. jobs,” Duncan added. “It doesn’t get much better than that.”

The future looks bright for Trouble the Dog. He’s been featured in news outlets like CNN and MSNBC, and Duncan is exploring options to turn Trouble into a cartoon series to teach kids about “resilience and hope gently and with humor.” Trouble also is branching into the corporate world by taking part in team building activities.

But ultimately, Trouble’s mission is to help children in crisis. With that in mind, Duncan and her team are now working alongside corporate and community partners to bring “Dog Packs” to young people who are removed from their homes and placed into foster care.

These kids often have no possessions of their own, and the dog packs — which include a plush Trouble, books, and a foldable cardboard doghouse — can provide some comfort.

“There is a magic if you will about Trouble the Dog,” Duncan said. 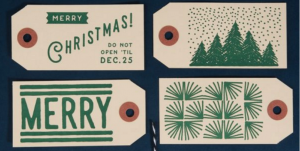