Millions of manufacturing jobs disappeared during the last decade. But America is primed to rebound.

In 2000, the United States had approximately 18 million manufacturing jobs. Ten years later, the U.S. only had 12 million of them.

We haven’t adequately filled that hole in our economy in the meantime, and this job loss has helped fuel widening inequality, increased economic insecurity and a growing number of deaths of despair among working class Americans of all backgrounds.

What can we do to increase the number of manufacturing jobs in the United States? It starts with creating a level playing field for manufacturing workers to compete.

How the Deficit Impacts Jobs

Cutting the deficit is a key part of manufacturing job creation.

Blueprint for the Future

Learn more about the public policies that will spur a true manufacturing resurgence. Only 8,000 Jobs for Manufacturing this December Nationwide, more than 70,000 bridges are structurally deficient. Our roads, railways, and transit systems are relics of the past. And Washington still hasn’t made rebuilding America’s infrastructure a top priority.

With each passing day the national infrastructure deficit deepens while the cost of repairs piles up. That’s why the country needs a long-term infrastructure bill that will fix what’s broken, build what’s needed, and improve both public life and economic competitiveness in this country. What’s more: This investment in America should be made by Americans, so that any infrastructure program is a manufacturing jobs program too.

Infrastructure Development is the Key to Growth

It is time for the President and Congress to work together and pass a long-term spending plan to repair and rebuild our nation’s infrastructure.

ReMaking America is the second volume on manufacturing policy edited by Richard McCormack.

The importance of Buy America

It’s vital to rebuild America with Made in the USA products.

A Tale of Two Bridges

One was built with U.S. workers & supplies. The other one relied on China. The results are stunning. House Committee to Look at the “State of Transportation Infrastructure” America’s national security depends on a strong defense industrial base.

The United States has only one remaining producer of grain-oriented electrical steel, a specialty metal needed to maintain municipal electric grids. It took the country months to ramp up production of medical-grade facemasks needed by the healthcare workers on the front lines treating COVID-19 patients. And the Pentagon has warned that deindustrialization and weakened supply chains have made it more difficult to obtain the supplies needed to defend the nation.

These are examples of an industrial erosion that has seen more than 63,000 American factories close since 2001, which has left the United States unable to respond quickly to threats and catastrophes.

This neglect is coming at a serious cost to American security. We must identify industries crucial to it, and put in place policies to shore them up. It’s time to get organized before the next disaster hits.

As our supply chains have moved offshore and our critical infrastructure has crumbled, our nation’s security has been weakened.

How many cases of counterfeit parts in the DOD supply chain did a Senate report reveal?
1800parts
How many high-tech magnets – which are crucial to military hardware – are made in America?
0
How much of the rare earth element needed for night-vision goggles is imported from China?
91percent

American Security Must be American-Made

Without a strong manufacturing sector, America can’t provide for its own defense or respond quickly to disasters. That makes addressing the health of our industrial base a serious national security issue.

Our military is dangerously dependent on foreign nations for the products needed to defend America.

Overreliance on global supply chains has left our military vulnerable.

Improving U.S. infrastructure is critical to our homeland security. When foreign countries cheat, trade laws are the last line of defense for U.S. manufacturers and workers.

For decades, the consensus in public policy circles was that free trade was a good thing, as it allowed U.S. companies to sell more products abroad. But far too little attention was paid to the consequences at home. Opening up trade led to the loss of millions of good-paying jobs, the closure of tens of thousands of American factories, and contributed to widening income inequality.

Part of the problem is that many countries don’t play by the same rules that American workers and companies do. China’s government heavily subsidizes its companies; many, in fact, are state-owned or controlled, which means they can price their goods far below fair market value. Meanwhile, U.S. companies and workers face far tougher labor and environmental laws than competitors abroad.

American manufacturers can compete with anyone on the planet, but not when the game is rigged. The United States also should only enter into trade agreements when there are enforceable measures to ensure fairness across the board. The playing field should always be level.

Millions of jobs have been lost and more than 63,000 factories have shuttered since 2000 due to unfair foreign trade.

Number of manufacturing jobs lost in 2012 due to the $736 billion trade deficit in goods?
3.98million
America helped China join the WTO in 2001. How many U.S. mfg jobs were lost afterward?
2.7+million
Americans who say protecting jobs is more important than accessing foreign goods?
82percent

Unfair foreign trade hurts American workers and businesses. It is essential that Washington works to guarantee that U.S. manufacturers can fairly compete at home and abroad.

It's the last line of defense for American manufacturers and workers. The U.S. Appeals a WTO Decision Against its National Security Tariffs 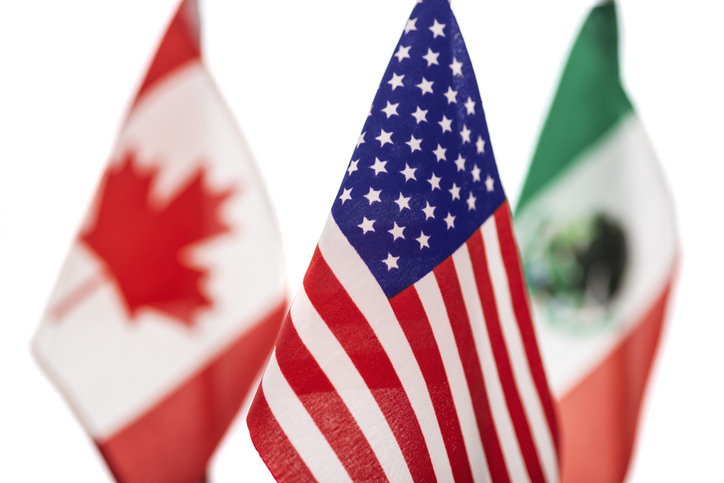 The U.S. must strip off the rust that neglect has left on its vocational education system. But many are instead content to point fingers: at kids, for not realizing the benefits of a manufacturing career; at schools, for not focusing enough on STEM education; at pop culture, for portraying factories as desolate; or at our nation’s leaders and counselors, for suggesting that a four-year degree is the only path to success. But assigning blame won’t prepare a workforce. A strong economy is essential to attracting more to manufacturing careers. But there are other policy proposals that could support the work that community colleges, vocational high schools, labor-business partnerships, and apprenticeship programs are doing to prepare the workforce of the future. Will we follow best practices and institute them?

Create the jobs, and they will come: Given the tools needed to succeed, America’s manufacturing workforce can rebound.

Our Workers and their Skills Drive our Economy

Public policies must provide opportunities for new jobs and a system of training and skills to support them.

Why Claims of Skills Shortages in Manufacturing Are Overblown 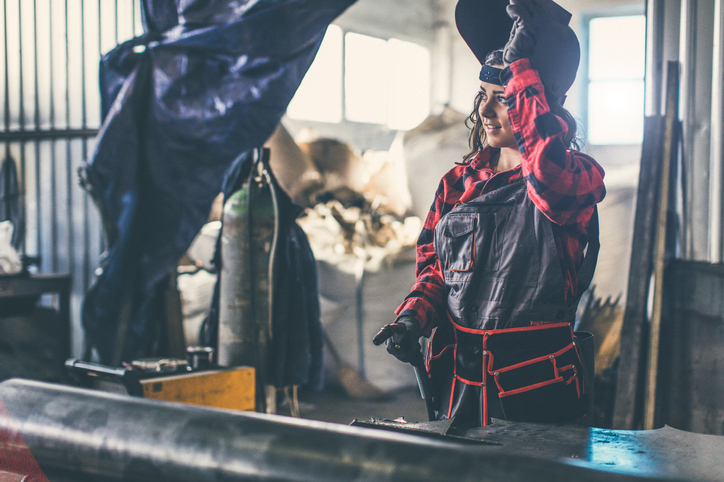 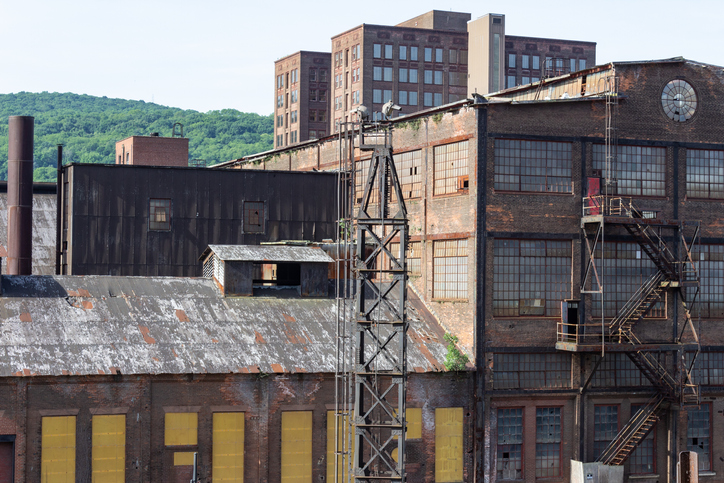 How Can Manufacturers Recruit More Women?

The domestic manufacturing sector is America’s leading buyer of technology. It accounts for 90 percent of all new patents, and for nearly a third of all private-sector research and development.

There are incentives in place that help American industry foster that innovative edge. For the best return, though, these investments in the future economy should ultimately result in jobs for American workers so that more of us benefit. There are plenty of proposals that marry innovation to workforce development. Will we improve our innovative edge by instituting them?

The U.S. expertly encourages innovation. But we need more. And we aren’t reaping the full benefits of our commitment to R&D.

What was the size of America’s advanced technology product trade deficit in 2002?
$16billion+
How many manufacturing innovation hubs has President Obama proposed?
15
How much money did the U.S. devote to industrial R&D in 2011 alone?
$250billion

To restore American leadership in manufacturing, public investment in industrial research and development must be robust and directed to create factory jobs in the United States.

Hubs: Part of the solution

Innovation can and should be used to encourage manufacturing activity.

Blueprint for the Future

Learn more about the public policies that will spur a true manufacturing resurgence.

ReMaking America is the second volume on manufacturing policy edited by Richard McCormack. The United States is Losing Its Innovation Edge Over China, a New Report Warns Legislators must help prepare the ground for the industries of the future economy.

A strong manufacturing base is a critical foundation for a healthy economy, and public policy has a role to play in maintaining one. The United States needs a national strategic plan to encourage domestic manufacturing, one that identifies industries critical to economic competitiveness, brings more of their supply chains onshore, and increases coordination between existing industrial programs. The international competition is planning for the industries of the future. The United States must too.

Do no harm. Changes to the tax code could help U.S. manufacturers — or hurt their chances for success.

Corporate tax rate if Congress eliminated all major corporate tax expenditures?
28percent
How much would the big banks save if corporate tax rates were cut to 30%?
10percent
Goods production accounted for what share of America’s exports in 2013?
71percent

An Economic Analysis by Martin A. Sullivan, Tax Notes, February 2011

Baucus-Camp reforms: Manufacturing has to be key to tax reform

Manufacturing plays a critical role in our economy. The tax code must reflect that. 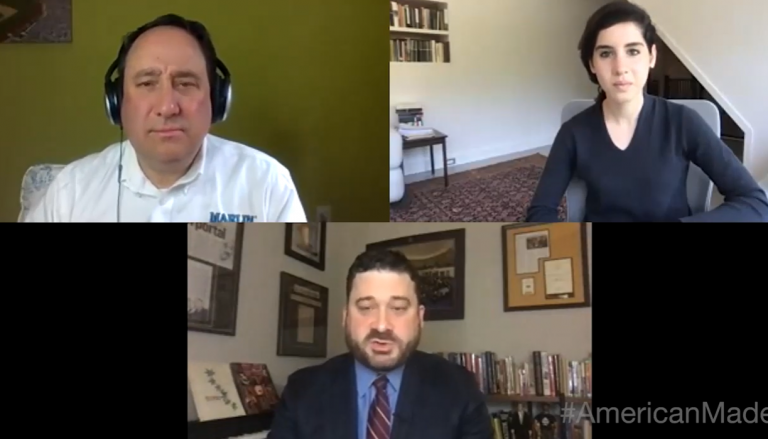 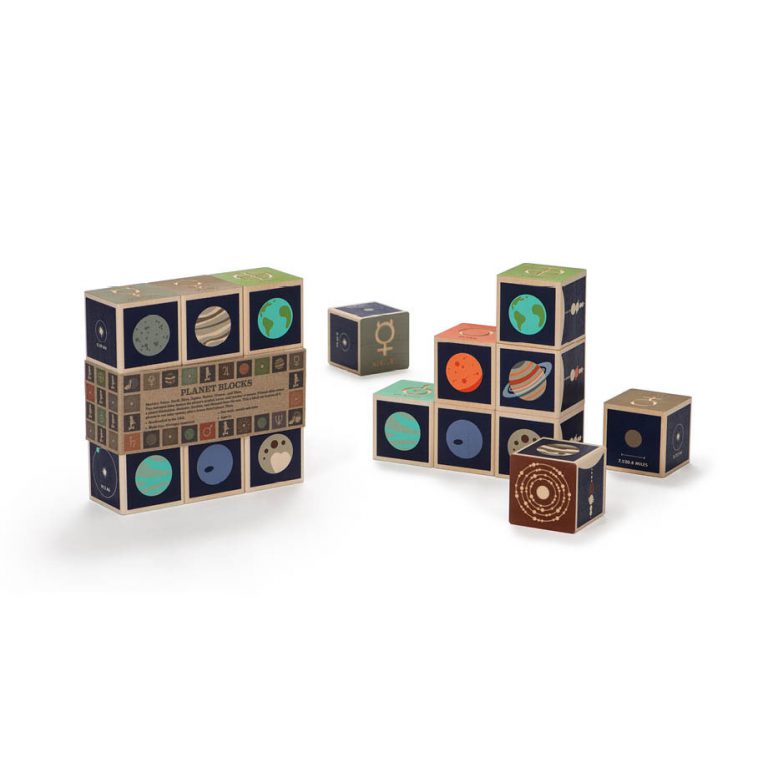 When the government builds or repairs public infrastructure like highways and bridges, it’s buying in bulk. Federal and state procurement budgets are so big that they create markets of their own – and the rules of those markets can and should make sure public spending promotes economic activity at home. Since 1933, Buy America rules have done exactly that.

Buy America rules prioritize American manufacturers and workers when our government awards procurement contracts. But loopholes make it very easy to spend tax dollars outside of the country. That’s local economic activity generated elsewhere, at a time when every dollar spent on procurement should be an investment in American jobs. We should be expanding Buy America laws and strengthening the ones we already have, which will create millions of good jobs and reinvest taxpayer dollars right back into American communities.

By giving American companies and workers the first shot at procurement for America’s public works projects, we can instantly boost job creation in the United States. That’s why Buy America works.

Red, blue, or other, voters back Buy America.

A Tale of Two Bridges

One was built with U.S. workers & supplies. The other one relied on China. The results are stunning.