And it’s still Made in the USA.

If you are from the northern Midwest, a Stormy Kromer cap is as recognizable as the beach attire found along the shores of Miami Beach.

The Stormy Kromer Company was founded in 1903 by George “Stormy” Kromer and his wife Ida. Kromer, who got the nickname “Stormy” because of his sometimes weathered and competitive attitude as a former semi-pro baseball player, was working on the railroad and often kept losing his hat because of the physical job demands of shoveling the coal that was necessary to power the steam railcar engines.

Kromer came home one night and asked his wife if she could make modifications to his old baseball cap that would provide a tight fit and warmth for his exposed ears during the frigid winter months.

It turned out to be a classic American business startup story.

Kromer went to work one day wearing his new headgear, and his co-workers on the railroad expressed interest in wearing a similar hat. His wife made a few more samples, and they became so popular that Kromer realized he had the makings of a successful business.

Kromer’s plaid hats were easily recognizable – some people refer to them as the Elmer Fudd hat – and residents of Wisconsin, Michigan and Minnesota searched them out for their style and functionality.

Today, railroad work is not what it used to be. But the Stormy Kromer Cap is still as recognizable in the region as the football helmets of the Green Bay Packers.

Kromer and his wife owned the company until the early 1960s. In 2001, the long-established company was bought by Bob Jacquart.

Jacquart owned a sewing factory in Ironwood, Mich., and heard that the famous Stormy Kromer hats were being discontinued. So, he bought the brand and moved production to the Wolverine State.

Under the guidance of Jacquart, Stormy Kromer thrived, and remains an American staple more than 116 years after its founding. Jacquart Fabric Products is still a family-owned business, and the Jacquarts have expanded the Stormy Kramer brand since purchasing it in 2001.

“We’ve done hundreds of expansions since then, with hundreds of different hat styles as well as apparel, accessories, pet products and all kinds of things,” said Stormy Kromer President Gina Thorsen, who is Bob Jacquart’s daughter. “With our full line of apparel, about 98 percent of it is manufactured in the U.S. and most of that is in Michigan.

“1903 is when the Kromer Cap Company began, but my family started a sewing factory in 1958, so it’s kind of two stories if you will.”

Stormy Kromer employs about 90 sewers and cutters in its present-day location in an 80,000 square-foot facility in Ironwood, the western-most city in Michigan. With a year-round 40-degree average daily temperature, warm clothing is a necessity.

“The hats are what we are most well-known for,” Thorsen said. “And we are mostly known in the Midwest. We manufacture the whole Stormy Kromer line which includes hats, jackets, vests an all kinds of things.

“Everything is under the Stormy Kromer brand name, but we also do contract work for other brands. Ironwood is a small town, and I think people are surprised. We give factory tours every day and people are generally surprised how it all came together. They are amazed the things that we do and the people we employ, so it is great to show that off.”

Stormy Kromer is currently involved in a collaboration with Merrell, a Michigan-based company that is a division of Wolverine Shoes. Wolverine is American manufactured footwear that pairs well with the warmth of an American-made hat, keeping wintertime outdoor lovers warm from head to toe.

The collaboration with Merrell allowed Stormy Kromer to put together a collection that showcases the styles of both Michigan companies, Thorsen said.

“We started by creating a new plaid fabric that kind of represented both companies. It was a design with some of ours and some of their colors in it,” she said. “Everything was co-labeled, and all the products had both of our names on them, and we promoted them jointly. It is limited in quantity so it is something you will not be able to get forever.”

But the Stormy Kromer hat remains a mainstay.

The hat is a six-panel cut fabric hat like a baseball cap with a higher crown. Its most important feature is a pull-down earband to keep the hat snug and soft with a cloth visor. Not only is it stylish, the earband provides much-needed warmth for people working outdoors in many of America’s most frigid locations.

There is a band that goes all the way around the hat and ties in the front. The band pulls down to cover your ears and slides up and down when necessary.

“We have some styles where your band is bigger and more insulated,” Thorsen explained. “We have a variety of stock for cold, colder and super cold.

“They (the Kromers) had a patent on that original hat, but obviously it’s expired because of how old the brand is. But they patented that pull-down inner band back in the day, and that’s the kind of innovation they were known for.”

While Stormy Kromer began with a single hat, today the company offers approximately 25 styles of hats at any given time, all which come in a multitude of colors and sizes.

While all manufacturing of the Stormy Kromer hats is done in Ironwood, the wool is sometimes sourced globally. But that could change soon, as Jacquart and daughter Thorsen have developed a relationship with the popular American Woolen Mill Company in Stafford Springs, Conn. Once a thriving manufacturer of American woolen products, the Connecticut mill is back in production and manufacturing wool uniforms and other apparel for branches of the United States military.

When the company was owned by Stormy Kromer in the 1900s, his business model was to keep it simple. Hunters could spot the signature red and black plaid, which supplied not only warmth for fellow marksmen but protection from fellow wild-shooting hunters that just might take aim at anything they see moving in the woods.

“The Stormy Kromer Original, with its red and black plaid, really stands out in thick woods and brush,” Thorsen said. “Not only is it an added layer of warmth but offers protection from anything that would be confused as hunting prey.”

Stormy Kromer hats are primarily a wool nylon blend. Approximately 80 percent of each hat is wool, and 20 percent is nylon. The company also offers an array of cotton canvas headwear that is coated in paraffin wax which makes it water resistant.

“We don’t do a lot of synthetics and we don’t do high-performance fabrics with all kinds of fancy properties,” Thorsen said. “Our brand is kind of old-school, since we have this history of going back to 1903 so we are kind of timeless and classic. We like the more natural materials. Wool, just on its own has a lot of great properties for outdoor clothing. We kind of just let wool be the star and do what it does naturally.”

Stormy Kromer hats and winter clothing are available on its website and are sold at more than 700 retailers across the United States. 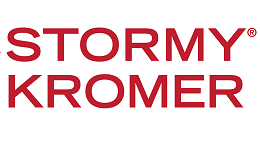 Stormy Kromer, Famous for its Trademark Cap, is Now Making Masks and Gowns